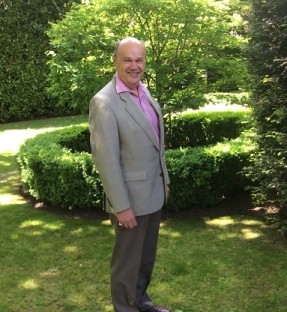 Anthony Howlett-Bolton, former Chair of Langley House Trust, has been awarded an OBE for his leadership of Langley.

He was praised for his courageous and visionary direction which resulted in almost 4,000 offenders being helped to live crime-free – with one of the lowest reconviction rates in the country – during his time as Chair.

The reconviction rate was consistently under 5% whilst people were in Langley’s housing.

Anthony joined Langley as a trustee in 2003 and held the role as Chair from May 2009 to January 2015. Under Anthony’s leadership, Langley grew to become a national charity and expanded its reach into areas of high need including London and Greater Manchester.

He also oversaw a courageous merger with another charity, Kainos Community, which enabled Langley to carry out rehabilitation in prison for the first time in its then 55 year history.

Anthony was praised for his business acumen and foresight which caused the charity to grow during a time of recession and shrinking local authority budgets which saw other charities having to close or scale back services.

He also successfully led Langley through the largest shake-up of offender rehabilitation that the country had seen for decades, Transforming Rehabilitation. Prison reform and offender rehabilitation has become a key focus in recent months, with Prime Minister David Cameron and Justice Secretary Michael Gove declaring that radical reform is needed in the Criminal Justice system.

Before joining Langley, Anthony held a distinguished career in the Police service and was a former Deputy Chief Constable. He has also been an International Advisor on strategic security and justice issues to foreign government departments in post-conflict countries. 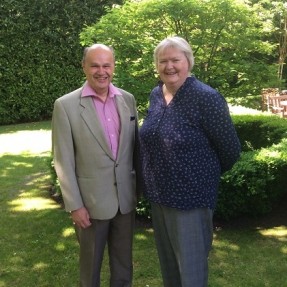 Speaking about the award, Anthony said: “The work of Langley House Trust is truly inspiring. It has been a privilege to work with so many talented and committed people in public service, the staff and the trustees; all of whom are fervent in their desire to make a positive difference to some of our most vulnerable and vilified in society.

“This award is an acknowledgement of their devotion and of course of the determination of those whom we help to turn around their lives. I am pleased to receive it on behalf of them all.”

Tracy Wild, CEO of Langley House Trust, said: “We are delighted that our former Chair, Anthony Howlett-Bolton, has been awarded an OBE. It reflects his dedication and commitment to the Criminal Justice sector and seeing people’s lives changed for the better.”

The OBE ceremony will take place in the Autumn.