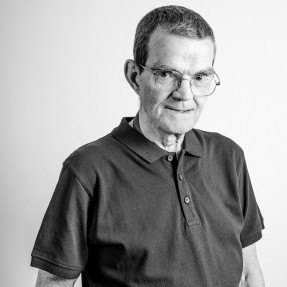 Tom Shannon, a former prisoner, and now a resident at one of Langley’s projects, has been praised in the Guardian for helping 50,000+ prisoners learn to read.

He was interviewed by Eric Allison, Prisons Correspondent to the Guardian, who captured Tom’s incredible story.

Tom was sentenced to prison in 1985 after pleading guilty to causing the death of a friend following a drunken row. He ended up staying in prison for 30 years.

During this time, he struck up a correspondence with a wealthy farmer, Christopher Morgan. Christopher eventually published their letters in ‘Invisible Crying Tree’ – the tree refers to a sycamore tree where Tom used to go to cry after fighting others in one of the orphanages he grew up in.

We interviewed Tom and his support worker for our most recent Annual Review. There was a lot of adjustment needed in the early days, especially for a man who is now 77. Tom, who now strides along shouting to others to “keep up!” is a far cry from the man who initially kept hiding in doorways because he found life outside the prison walls overwhelming.

“I had nothing when I came out of prison. I am happy to be at Langley – it’s a good place, the people are good, the place is good and the food is good.”

To read the full article in the Guardian by Eric Allison, click here.