Langley was delighted to be featured by the Conservative Christian Fellowship (CCF) at one of its prayer breakfasts. Taking place as part of the 2014 Conservative Party Conference, the breakfast saw over 30 individuals – including politicians, parliamentary candidates and third sector delegates – gather together to pray for breakthrough in the lives of men and women caught up in the criminal justice system. 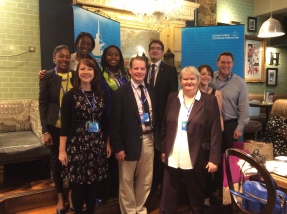 The breakfast focused on families and Roger’s story (one of our service users) highlighted the devastating impact of addictions on family life. The story of hope restored – with Roger reunited with his family and finally drug-free after many years – moved some to tears and reinforced the need for support to help men and women break free from addictions and crime.

CCF exists to build relationships between the Christian world and the world of government and politics. Langley is a Christian charity working with people of any faith or no faith, helping to turn lives around after crime and achieving a 3% reconviction rate whilst service users are with us.