Langley has joined a campaign to fight Government cuts that would see thousands of people, including many of our residents, lose their homes. Speak out on behalf of our residents – click here. 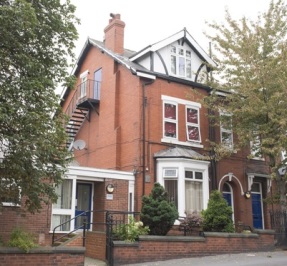 Under the Government’s Welfare and Work Bill, supported housing would no longer be exempt from Local Housing Allowance which would wipe out 41% of provision in this area – an equivalent of 82,000 homes.

This will result in thousands of people being made homeless – as there is already insufficient council and private sector housing available. There would also be little provision to provide the additional one-to-one support required to make tenancies a success.

Supported housing provides a lifeline for people in the community who cannot live safely without support – including those with addictions, mental health issues and those turning their lives around after prison. As such, it plays a key role in reducing crime and anti-social behaviour. Langley has a 2.6% reconviction rate whilst people are in our housing, versus a 45% reconviction rate in the general prison population. Supported housing also brings other benefits, including improving health, wellbeing and recovery.

In a welcome move, the Government announced a short-term housing rent cut exemption earlier this week. The exemption will mean that supported housing will not have to cut their rents by 1% from April 2016 for a year.

The exemption will give the Government time to consider the impact of cuts on the supported housing sector. Responding to concerns, Lord David Freud, the Welfare Reform Minister, said, “I am not in a position to be utterly specific about how we will do this, but I can say that we will put in place the appropriate protections for those in supported housing.”

The National Housing Federation has been campaigning heavily on behalf of its members to highlight these issues.

Speak Out – you can add your voice to our campaign against funding cuts for supported housing by writing to your MP and asking them to raise the issue. To find out more, click here