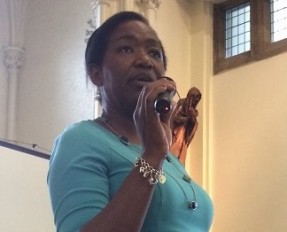 Langley’s Corporate Operations Director, Pamela Leonce, spoke candidly about the role of offender housing in rehabilitation and what good looked like as part of a session entitled ‘Providing Quality Housing’. The panel was chaired by Homeless Link and Leonce was joined by Home Group and NACRO.

Speaking to a packed room of delegates, Leonce highlighted the need for safe and stable housing to help people coming from prison address the issues that had led them into crime, including common areas such as drug and alcohol abuse and mental health issues. 66% of women and 38% of men in prison have committed offences to buy drugs. While only 4% of the general population report symptoms indicative of psychosis, 25% of women and 15% of men in prisons suffer with these.*

Langley currently provides accommodation to over 800 men and women a year across England in a range of housing, including community houses, hostels and registered care homes. 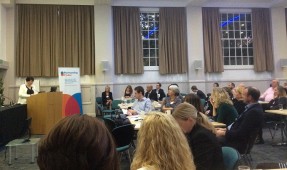 Over 150 people attended the conference which has become a key event in the Criminal Justice and voluntary sector diary.

He outlined some of the drastic measures he felt were needed in order to make prisons a true place of rehabilitation, including his personal desire to cut prison numbers and to increase effective community sentencing.

The Government will announce its solution to prison reform in a White Paper tomorrow (3rd November 2016). This long-awaited announcement will detail the Government’s approach to prisoners and offenders since Liz Truss became Secretary of State for Justice, replacing Michael Gove. It is expected that Truss will keep her commitment to increase prison officer numbers and give more autonomy to prison governors.

The White Paper has now been published – for the full report, click here.