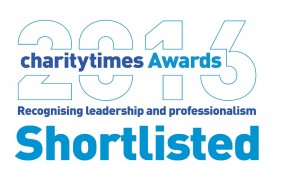 Langley House Trust has been shortlisted for the Charity Times Award: Charity of the Year award for organisations with an income over £10million.

This is the third year running that the charity has been nominated.

Other notable charities in the same category include Battersea Cats and Dogs Home, the Brain Tumour Charity and Refuge.

Langley has provided accommodation and rehabilitation for offenders since 1958. The charity has one of the lowest reconviction rates in the country for offenders while they are in their housing – only 2.6%.

Their ability to create life-transforming change was a key reason for being shortlisted. Moreover, despite facing funding cuts of up to 100% in some areas, Langley has managed to grow by 12% in 2015-16 and supported about 1000 people, including some of the most challenging and complex within the Criminal Justice system.

Speaking about being shortlisted, Tracy Wild, CEO, said: “The Charity Times Awards recognises leadership and best practice in the charity sector – we are delighted that we have been shortlisted. This reflects the hard work and determination of our staff to deliver great results despite the constant challenge of funding cuts and doing more for less. Most importantly, it reflects our commitment to help men and women coming from prison to believe in their ability to change so that they can successfully live crime-free.”

The Charity Times Awards continue to be the pre-eminent celebration of best practice in the UK charity and not-for-profit sector. Now in their 17th year, the awards are run by Charity Times Magazine – the leading title for UK non-profit professionals. This year’s winners will be announced at the Charity Times Awards Gala Dinner & Ceremony on 28 September 2016 at the Park Plaza Westminster Bridge, London.