Home › News and events › Langley to Highlight Impact of Cuts 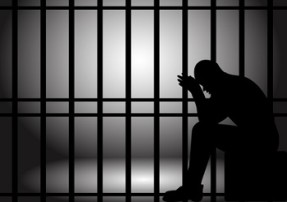 Langley House Trust will be exhibiting at the Conservative Party Conference 2016 to raise awareness of the disastrous impact of proposed Government cuts to social housing.

The Government proposed earlier in the year in the Welfare Reform and Work Bill to make changes to social housing funding which would have resulted in the loss of 84,000 homes, 41% of this type of accommodation.

The impact of the cuts would have left thousands homeless – including offenders leaving prison, increasing the risk of crime and imprisonment. Prison numbers have almost doubled since 1993, with over 84,000 people in prison today – 92% more than in 1993.*

Prison overcrowding, suicide rates and shortages in prison staff have beset the prison system in recent years, at a time when the National Offender Management Service (NOMS) has had to reduce its budget by nearly a quarter since 2010-11.

Other vulnerable groups were also set to be badly hit by the Welfare Reform and Work Bill proposal, with a significant amount of supported housing becoming unviable for victims of domestic violence, the elderly and those suffering with dementia.

The Government has since commissioned a review of the impact of social housing cuts but has not categorically said that it will protect specialist housing associations, like Langley, from being affected.

The charity ran a campaign earlier in the year, encouraging its supporters to write to their MPs to raise the issue of the cuts. The National Housing Federation, Womens Aid, Mencap and Age UK also spoke out vehemently against the cuts and urged the Government to reconsider its position.

Langley will be engaging with politicians and party members at the Conservative Party Conference while it takes place between 2nd and 5th October at the International Convention Centre in Birmingham.