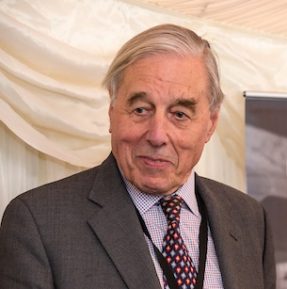 Langley House Trust is delighted to announce that The Lord Ramsbotham GCB CBE has become one of Langley’s patrons.

The distinguished former British Army Officer became a Langley patron in January 2017. Previously, he had a successful career in the British Army, spanning over 35 years which included being an Aide-de-Camp (General) to Her Majesty the Queen. He was then appointed as Chief Inspector of Prisons between 1995 and 2001.

As Chief Inspector of Prisons, Lord Ramsbotham was a passionate advocate for prison reform and for changing prison conditions to ensure the humane treatment of prisoners.

He was famously “appalled” at the state of some of the prisons he visited, particularly after seeing rats and cockroaches at HMP Holloway. Contrary to the stance of the then Home Secretary, Jack Straw, Lord Ramsbotham called for a reduction in prison numbers – a cry which has recently been echoed by a former Deputy Prime Minister and two former Home Secretaries.

It has been a pleasure getting to know Lord Ramsbotham over the last few years. He has a wealth of knowledge and experience of the Criminal Justice system and understands the challenges that we face as a charity working in a rapidly changing justice sector. We are grateful that he has become our patron and we look forward to working with him in this new landscape of Criminal Justice.

Lord Ramsbotham’s cry to reduce prison numbers was recently echoed by former Deputy Prime Minister, Nick Clegg, and two former Home Secretaries, Ken Clarke and Jacqui Smith. In a letter to the Times, they called for the Government to halve prison numbers ‘to restore order, security and purpose to our jails.’ Liz Truss, Justice Secretary has pledged to increase prison officer numbers and build more prisons to try to resolve some of the issues of violence and overcrowding the prison system faces.