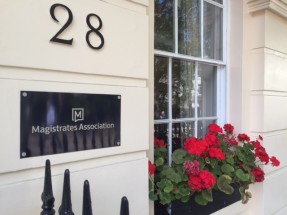 The severe lack of housing for offenders on release from prison was raised by Langley House Trust at a gathering of retired magistrates in early June 2016.

Langley speaker, Samantha Waterton, highlighted the challenges people faced when leaving prison when trying to access suitable housing. She spoke about the need for stable, suitable housing that allowed people to address the issues that led them into crime including addictions and mental health.

The event was held at the Magistrates Association office in Fitzroy Square, London. The beautiful surroundings of Fitzroy Square were in stark contrast to the housing issues highlighted.

Housing and support for offenders has been under threat in recent years, particularly following the Government’s austerity measures. This has seen increased pressure on local government to cut their costs which has resulted in some local authorities cutting housing and support for offenders by 100%. The housing issue hit the spotlight earlier in the year when it was found that HMP Bronzefield was giving released female prisoners sleeping bags and tents as their housing solution.

Waterton outlined the Government’s latest proposals in the Welfare Reform and Work Bill which will lead to 82,000 homes being lost in the supported housing sector – 41% of all of this type of housing. If passed, the proposals will come into full effect in April 2018, leading to thousands being made homeless.

It was shock at this proposal that led to Langley being invited to speak. Long-standing Langley supporter and retired magistrate, Diana Dishley, first became aware of the issue through Langley’s supported housing campaign earlier in the year. Dishley has been a Langley supporter since the 1980s. 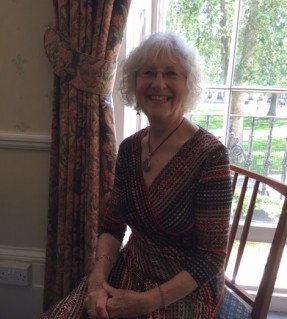 Dishley’s passion for seeing lives changed inspired her to set up the Your Life You Choose project alongside other local magistrates. This innovative project in the London Borough of Ealing helps to deter school children from crime. Dishley has also served as a magistrate for a number of decades.

To add your voice to the supported housing campaign – and to find out more – click here.