Home › News and events › Petition Launched to Save Thousands of Homes 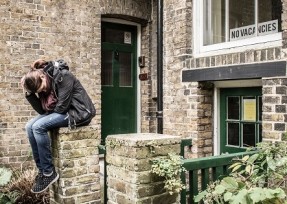 A petition has been launched, urgently calling for the Government to review its plans which would see thousands of homes for the most vulnerable being closed.

Supported housing provides essential support and accommodation for vulnerable groups, including ex-offenders, but also victims of domestic violence, the elderly and veterans. It provides a lifeline for people who cannot live safely without support.

Many of the people in Langley’s supported accommodation includes those with mental health issues, addictions, learning disabilities and a lack of life skills who cannot live successfully in general needs accommodation.

Under Government plans in the Welfare Reform and Work Bill however, 82,000 specialist homes would be lost – 41% of this type of housing, leaving thousands homeless. Both council and private sector housing are already oversubscribed.

For those leaving prison, the effect could be even more disastrous – resulting in increasing homelessness and imprisonment. It has the risk of undoing the millions spent on prison reform and offender rehabilitation in Ministry of Justice initiatives such as Transforming Rehabilitation. Without stable accommodation, the chances of successful rehabilitation are slim.

Langley has just a 2.6% reconviction rate whilst people are in our housing but 72% of our services would be impacted if the Bill goes ahead.

Langley has been actively raising the issue with MPs and ministers and our supporters have also been raising their voice to speak out against the cuts. The issue has attracted national coverage and has been featured in the Guardian as well as being raised by Women’s Aid, Mencap, Age UK and the National Housing Federation, all of whom would be affected by the cuts.

An online petition has been launched to raise awareness of the issue and to put increasing pressure on the Government to rethink its approach. Sign the petition here.

You can also download a template letter which you can send to your MP.