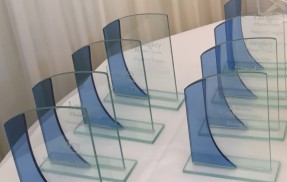 Kevin, a Langley resident, has been nominated for two Service User of the Year awards – one from the NHS and one from Probation.

This is an incredible achievement for Kevin who used to, by his own admission, “hate” the police.

A former addict and having spent part of his early life in care, Kevin started having mental health issues at 16. His experience of mental health whilst in custody was mostly negative – but this is what has fuelled his passion to help others.

“I feel brilliant now when I’m doing it,” says Kevin. “I’m doing something I enjoy. I get up on cold mornings because it’s worth it. I want everyone [with mental health] to have positive experiences while they’re in custody.”

As well as training professionals, Kevin also chairs an ‘In and Out Forum’ for people with mental health issues who have been in police custody. This involves an 8 hour round trip each time – but it’s not something that Kevin would miss.

“I want to be with the lads on their journey from day one. If I can change one person’s life it would have been worthwhile.”

Speaking about the award nominations, Kevin said “I don’t it for that, but it’s nice to get recognition. If I could do this full-time, it would be a dream job!”

Kevin also regularly speaks at conferences to share his experience. He has been invited to speak at a mental health conference later this year, featuring Lord Bradley, who wrote a comprehensive report of mental health in the criminal justice system in 2009.

The award results will be be announced in the Spring.