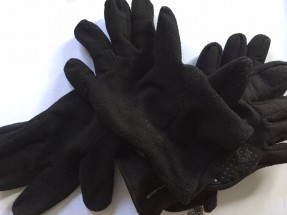 Subway, the world’s largest submarine sandwich chain, has kindly donated gloves to one of Langley’s projects, a homeless hostel in Rochdale.

Langley received the donation after Subway collected over 10,000 gloves in the region following a ‘Gloves for Subs’ day. This was the first of its kind in the UK. Over 250 stores took part in the charitable campaign.

Subway customers were given the option to donate a pair of gloves in return for a six-inch sub and drink for £1. The glove collection took place as a one-off event on 25th October between 11am and 3pm.

With thousands of gloves collected, these were distributed to shelters and organisations working with vulnerable and homeless people so that people could be helped to keep warm this winter.

Ben Bradshaw, Deputy Manager of Tekoa House, Langley House Trust, said: “Thank you so much for the generous donation of gloves which is hugely appreciated by the residents here at Tekoa House.

“The temperature during these coming winter months can drop to extremely cold levels and a pair of warm gloves makes a huge difference and is greatly appreciated. It is most thoughtful and kind of everyone who has helped with this donation appeal.”

Subway Developer and Franchisee, Neil Denny commented: “We had a fantastic response from customers across the region and we would like to thank everyone who donated gloves.

“Subway stores are all run by local franchisees and it is their efforts that have made the campaign such a success.

“The organisations that we are donating the gloves to do so much good work in the local community and we are proud to be able to support them in this way.”

Langley has run Tekoa House since 2012, when it took over the running of the homeless hostel from another support provider. Since then, it has provided vital housing and advice services to hundreds of homeless men in the area, helping them to access support for addictions and mental health as well as to secure long-term housing. The project recently launched an employment hub to help clients get back into work.